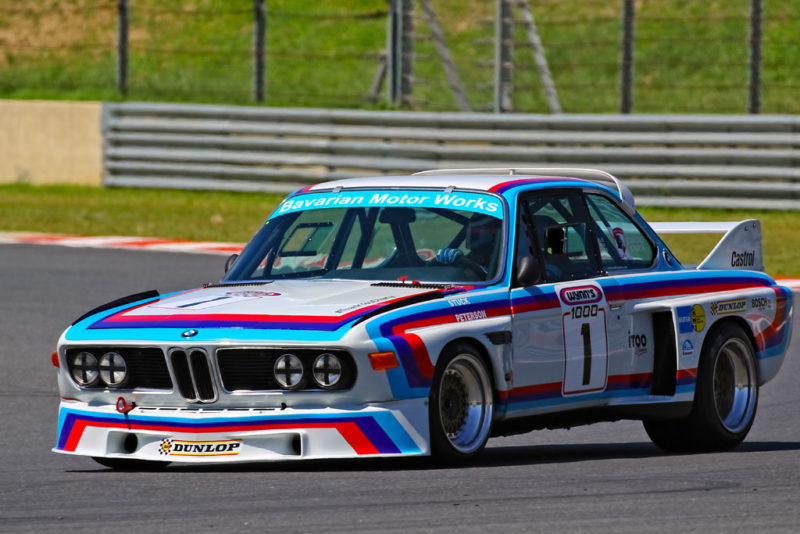 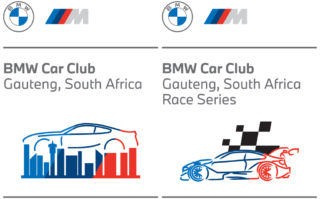 This year’s season opener will be part of the first of the popular BMW Car Club Gauteng Track and Race Days on Saturday, 27 March. While the Time Trial Series invites all makes of car and all levels of drivers to try their hand at the best possible lap time, it is a requirement that drivers are holders of an MSA circuit license and vehicles are track worthy.

After what has seemed like an eternity since the curtain came down on a difficult 2020 last November at Red Star Raceway, the Bridgestone BMW Club Racing Series returns to the same venue, as it roars into 2021. The off-season banter has shown there is much to look forward to in the months ahead, with new names entering the fray, and old names raring to go and settle scores.

Three new sponsors, Autozone, NGK and Liqui Moly have joined the series alongside title sponsor Bridgestone, to augment its attraction to privateers and underline its ever-growing popularity.

In Class A, a new name whose presence will be most welcome is Jaki Scheckter who will race the popular Batmobile, a BMW E9 3.5 CSL under the Pablo Clark Racing banner, another respected brand synonymous with local motorsport for many a year. Joining Scheckter at Red Star will be Lorenzo Gualtieri, whose father Sav will expertly prepare the SavSpeed BMW E36 328 Turbo. Adrian Dalton (Xtra Shoes and Clothing BMW E46 CSL) is back on another championship chase and that should augur well for the season ahead.  Brothers Rick and Paulo Loureiro will compete as and when business commitments allow.

In Class B the grizzled old veterans return to do battle again. Andreas Meier (#TrainedAmateurs BMW E36 STC) will lock horns with Jan Eversteyn (African Surprise BMW E46 M3), Carlo Garbini (Kimbo Coffee BMW E46 330i), Salvi Gualtieri (SavSpeed/Eataly Foods E36 328i Turbo) and Oz Biagioni (Bio Pool Maintenance BMW E46 M3), collectively a big band of brothers who have provided lots of exciting racing in recent years and are as fired up as ever to carry on the tradition. Intriguingly this year they welcome the reigning series champion Nicholas van Zyl into the lion’s den, driving a Red Star Raceway sponsored BMW E36 328i Turbo. The youngster might just throw a spanner in the works. What better way to mount a title defence?

Class C promises to be no less entertaining. Troy Cochrane (Arrow Automotive BMW E36 M3) recently unveiled his livery for the coming season and it is stunning. He heads a strong group consisting of Lyle Ramsay who showed a lot of promise last year in a just a few outings and is back in the Fuchs Lubricants/Rich Racing BMW E36 330i, Trevor Long in the Roof Surgeon/Big Boss Auto BMW E36 M3, himself no stranger to the ranks, newcomer Fabio Fedetto (BMW F82 M4) who made his debut at Red Star in November, and another exciting addition to the grid, young Jagger Robertson (Viking/Big Boss Auto BMW E46 M3), the reigning Liqui Moly INEX Legends champion. This scion of the Robertson dynasty will carry its name proudly and his progress under dad Justin’s watchful eye will be followed with great interest. Teammates Matthew Wadeley (BMW E36 M3) and Renier Smit (BMW E36 M3) are the other two big names who will try stamp their authority in the running order.

Not to be outdone by the rest of the grid, Class E will offset its power limitation with a slew of fiercely competitive drivers who fight tooth and nail for the points on offer. There is nothing brattish about this pack. It was after all from Class E that the overall series champion emerged last year. Although as mentioned earlier, Nicholas van Zyl will be defending his champion’s crown in the Class B ranks this year. In his absence, Manny Ribeiro (Bridgestone/BMW Car Club E46 325i Touring) is expected to lead the charge ahead of father and son duo Craig and Nicholas Herbst (Greenhouse Solar BMW E46 330i), Bertie Rietveld (Bertie Rietveld Knives BMW E36 328I), Nicholas Fischer (Inside Active Group BMW E36 328i) and Hein Van Der Merwe (Stigworx BMW E36 325i). Mike Grobler who returns to the fold with his BMW M5, and newcomer Thomas Potgieter (BMW E87 128i) will wage war in search of the Class win in the championship at the very least.  As van Zyl showed, the overall title is not out of reach, providing the ultimate incentive to go hell for leather from the first round. And as one of the elder statesmen in the class put it, they won’t be lapped so easily this year, preferring to “adopt a mighty ducks formation. Quack quack…”

Also, on the programme will be the Time Trials for enthusiasts in their private machines. Leon Loubser in the fearsome BMW E92 335i should be the man to beat. Phillip Smit in the Porsche 911 GT3 RS is expected to lead the time sheets for the Porsche contenders. At the time of writing 11 names had been entered with the list expected to grow in the coming week.

Last but not least, the Pozidrive Volkswagen Challenge will complement the day’s proceedings with 2 rounds of the championship, all of which should add up to a great day’s entertainment. Sadly, as per the current Covid restrictions under level 1 of the lockdown, no spectators will be allowed, although live streaming will be carried, with details to be announced on social media at: BMW Car Club Gauteng 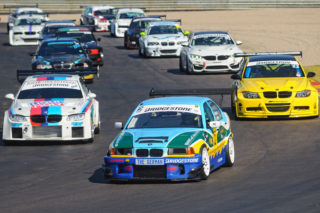 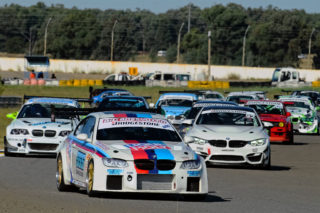 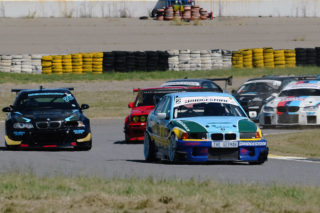