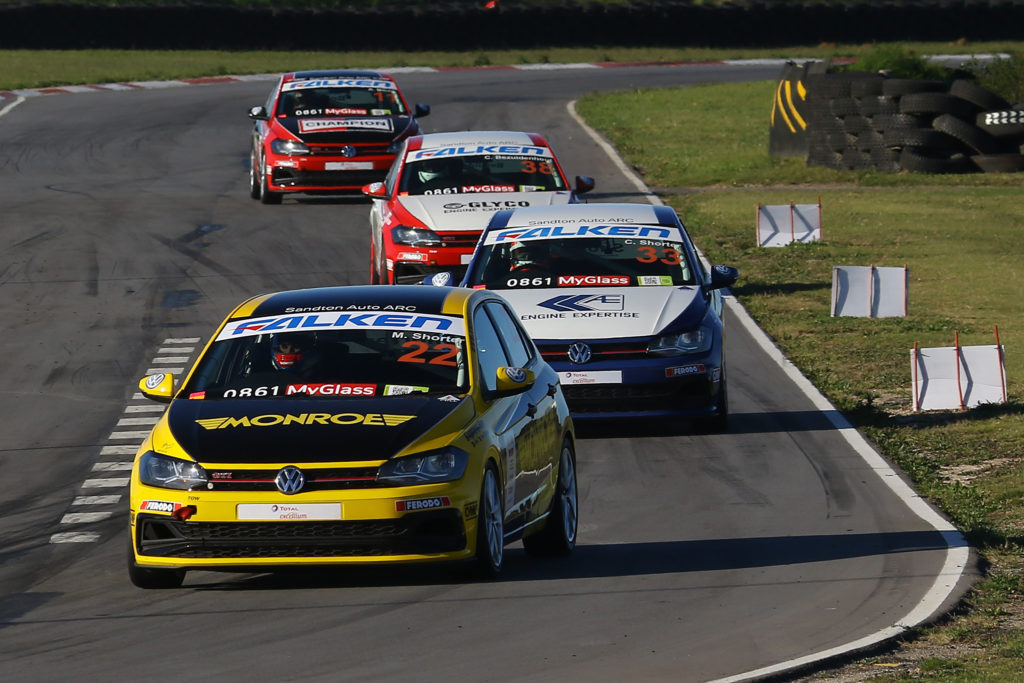 The Signature Motorsport had mixed fortunes at Aldo Scribante Racetrack with all four drivers overcoming difficult situations in Round 5 of the 2019 Falken Polo Cup.

The June 14-15 race weekend saw them consistently running within the top-ten throughout the timed sessions. The weekend again underlined the team’s record as the most successful entry in South Africa’s most competitive national circuit championship.

Chris Shorter had a strong weekend and was one of the team’s two drivers to break into the Superpole Shootout session after setting the second-fastest time during the first part of Qualifying. The Shootout saw him securing fourth position on the grid which placed him on the outside line heading into the first corner in Race 1. Despite losing two positions, he delivered a level-headed performance to come home in sixth place. A good start for Race 2 followed, but he missed first gear heading into Turn 1 which relegated him to the mid-pack and a subsequent 12th place finish. Race 3 saw Shorter ending the day on a high with a fourth-place finish following a good tussle with Keegan Campos.

“It was quite a good weekend for us, especially as we managed to get into the top-six. We made a small mistake in Race 2 and suffered the consequences of this, but I kept my cool while working my way through the midfield. We took home a good amount of points, but will need to push harder now to keep our title hopes alive; especially after Brad Liebenberg took all three wins. That is a challenge that we will be preparing for as we head into the second half of the season.”

Bezuidenhout recovered from a bad qualifying session to record three top-ten finishes in the day’s races. Starting from 12th place on the grid in Race 1, he worked his way up to tenth place at the end of the race. In Race 2 he was consistently running within the front group to finish in sixth place. Following a good tussle with Jason Campos in Race 3, he finished in ninth place.

“Our downfall today was qualifying, but I concentrated on playing the long-game after that. We’ve taken three good points-paying finishes forward from the weekend and we’re looking forward to returning to Zwartkops Raceway next month; the venue where we put together a strong performance earlier this year.”

Shorter showed good pace throughout the weekend and made it into the Superpole Shootout after setting the third-fastest time in the initial Qualifying session. Starting from sixth place on the grid, he gained two positions to finish in fourth place. Race 2 saw another improvement and finishing as runner-up behind Brad Liebenberg. A Lap 1 incident in Race 3 which involved Shorter and Justin Oates, saw him having to work his way up from the back of the field to 16th position.

“We had a good weekend and once again the team did a superb job on my car. The changes that we made since Cape Town certainly paid off. We had good pace throughout which we backed up with the fastest lap in Race 2. In Race 3 I had to work my way up through the field after the incident, but focussed on rather keeping the car intact instead of taking unnecessary risks. It was good to be up at the front for most of the weekend instead of having to fight through the midfield. Our goal will now be to stay there for the rest of the season.”

Bouw showed good pace throughout the timed sessions and qualified in ninth position for Race 1. He made a good start, but lost positions through the first series of corner. Another incident on Lap 1 saw him spinning off track which left him at the back of the field. From there he pushed hard to obtain a good lap for the Race 2 grid while finishing in 19th position. Starting from 13th position, he had a good tussle with both Chris Shorter and Jonathan Mogotsi. An unfortunate mistake on a section of the track that still had oil on it cost him positions and he finished in 16th place. In Race 3 he found himself boxed-in on Lap 1 due to another incident, but still consolidated to finish in 11th position.

“This was not the weekend we wanted, especially not after the good pace that we’ve displayed. We really wanted to put up a good show in front of our valued sponsors in attendance. I’d like to thank the team for all the hard work that they’ve put into the weekend and I’m looking forward to the next round at Zwartkops Raceway.”

Round 5 of the 2019 Falken Polo Cup Championship will be hosted at Zwartkops Raceway in Pretoria on July 26-27.

Story by Reynard Gelderblom on behalf of Signaure Motorsport 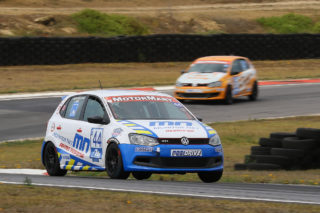 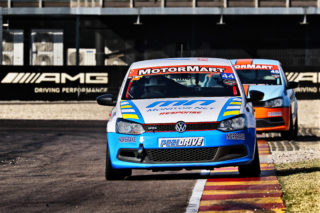 Holliday Jnr ready for the unknown in Port Elizabeth 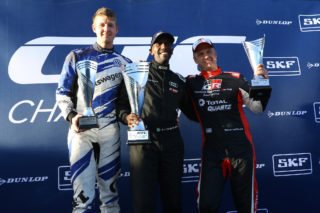