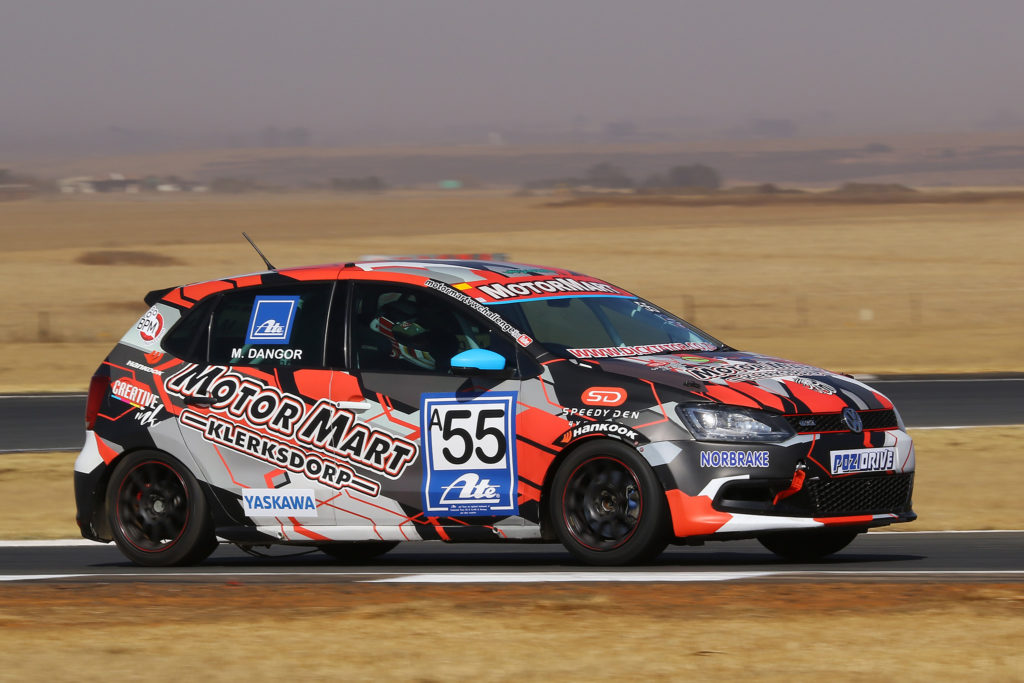 The second half of the 2019 MotorMart VW Challenge Championship will see the MotorMart Racing Team applying further pressure on their rivals at Zwartkops Raceway.

Heading into the August 16-17 race weekend, all three the team’s drivers are confident about their chances and motivated to improve on their impressive results to date.

Mohamed Dangor has accumulated 33 points which sees him in sixth place in the Class A standings. He has finished in fifth place no less than six times in the season and will be aiming to get onto the podium.

“The middle part of 2019 has not just seen us accumulating a host of points, but also missing out on the top-three by very small margins. We’ve consistently shown good pace in both Qualifying and the races; regularly involved in the battle for third place. It’s time to attack even harder. That first podium is in my grasp and I’m quite willing to stretch that little bit further to grab onto it.”

In Class B Stiaan Kriel heads up the points table with 90 points behind his name. This sees him 27 points ahead of his nearest rival, but four points adrift of Class A’s Rory Atkinson in the overall standings.

“We need to continue doing what we’ve been doing thus far. Twice this season we’ve taken home a full house of 23 points; those points for pole position and fastest lap may well become the tie-breakers this year.”

Robbie da Silva has been n brilliant form of late with Round 5 at Red Star Raceway seeing his best form and race positions. He finds himself in 12th place on the Class B points table with 8 points behind his name.

“Our recent results and form have been good and we will be building on this. Good pace leads to good results which in turn leads to more confidence. There’s also the benefit of three of our remaining rounds taking place at Zwartkops Raceway, the circuit where we’re conducting our testing so be assured the we’ll continue to push hard.

Round 6 of the 2019 MotorMart VW Challenge will form part of the Extreme Festival and will see Qualifying taking place on Saturday morning at 08:55. Both races will be run over 10 Laps and will start at 11:40 and 15:05.

Fans of the MotorMart Racing Team are invited to keep track of the team’s results by following the MotorMart Klerksdorp Facebook page: http://www.facebook.com/MotorMartKLD.

Story by Reynard Gelderblom on behalf of MotorMart Klerksdorp