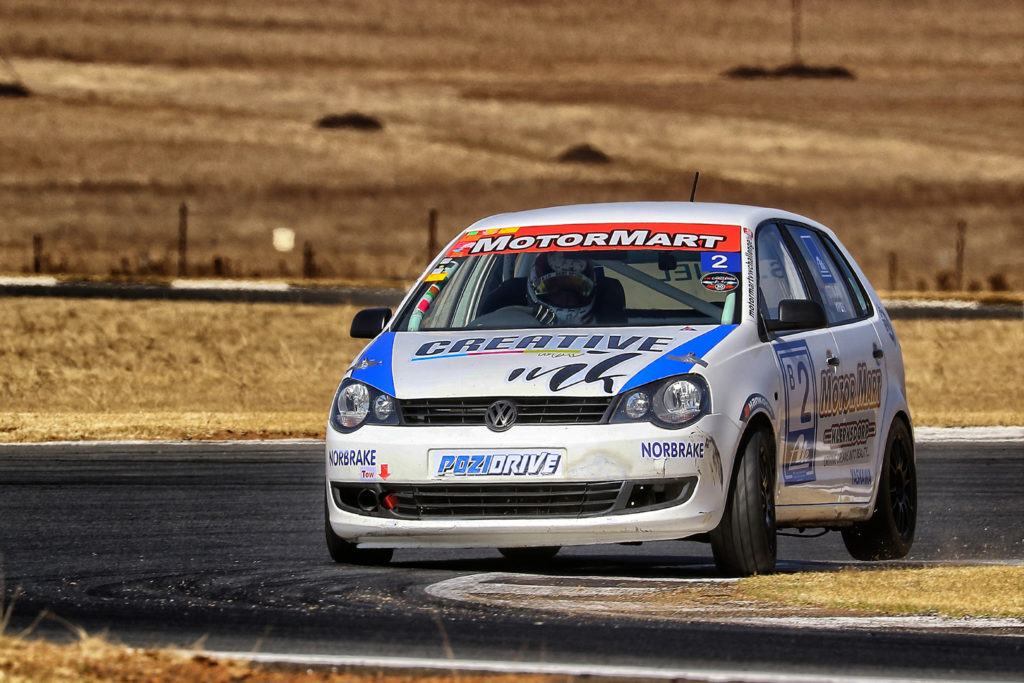 With the second half of the 2019 MotorMart VW Challenge season in full swing, Stiaan Kriel will aim to diminish the deficit between himself and championship leader Rory Atkinson at Zwartkops Raceway.

Heading into the August 16-17 race weekend, the MotorMart Racing driver has 90 points behind his name. This sees him leading his class with a comfortable margin of 27 points, but four points adrift Class A’s Atkinson on the overall points table. Kriel has been showing solid form with two full-house points finishes in the last three rounds.

“My primary goal is the 2019 title and we’re prepared for the work that lies ahead” says Kriel. “If you look at the season to date, it’s pretty much even between the two of us. Both of us are well in control of our classes. While I’ve got the pole position advantage, Rory’s got more fastest laps. The wins are in my favour, but he’s been accumulating points from the races that he didn’t win. As the season winds-down, there’s also the drop-round to consider. Those fastest laps and pole positions might just be the decider between us, so we’ll have to keep adding as many of them as possible.”

Kriel is also mindful of the impact that the changes to the 2019 calendar may have on his title assault. “Both Midvaal Raceway rounds have been moved to Zwartkops Raceway. It’s a circuit that I know very well, but the same can be said for the rest of the field. We can expect close racing and we’ll need to work hard to stay on top of our game.”

The weekend will see three practice sessions on Friday followed by Saturday morning’s Qualifying session and two races. Both races will be run over ten laps around the 2.4 km clockwise circuit and will start at 11:40 and 15:05.