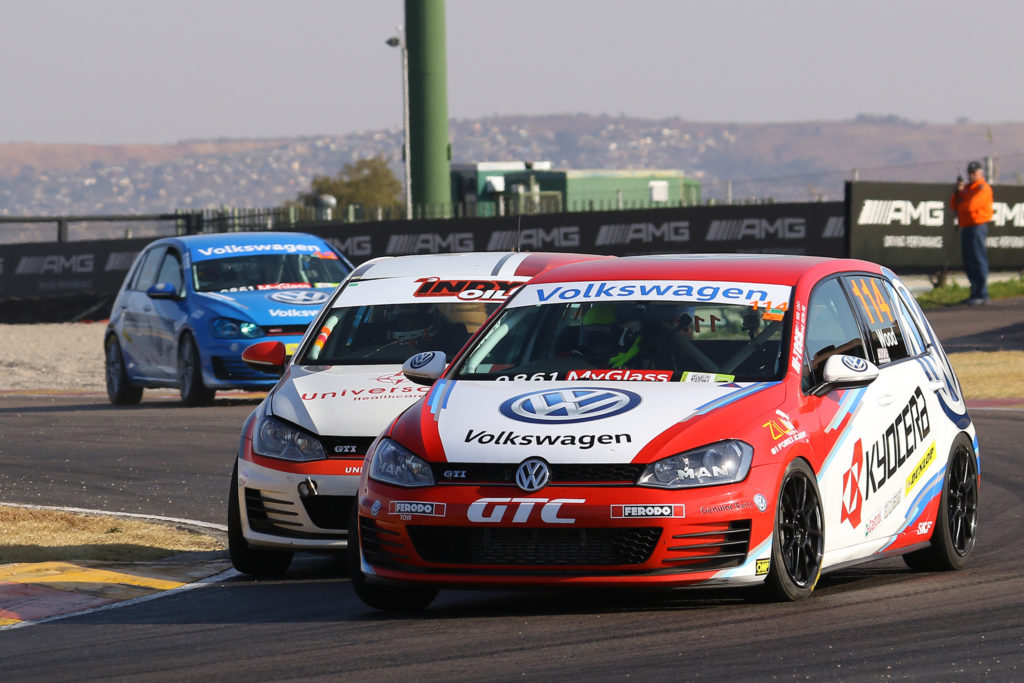 For a fifth-straight round in 2019, Adrian Wood increased his season’s podium tally at Round 5 of the GTC Championship while cementing his second place standings in the GTC2 class title fight despite mid-season technical changes that were implemented for the Volkswagen Motorsport South Africa entry.

The July 26-27 race weekend saw the Kyocera-partnered driver finishing 22 points behind championship leader and teammate Brad Liebenberg, and still with a strong chance of fighting for a maiden GTC2 title by year’s end even with just three rounds remaining.

Saturday morning’s Qualifying session saw Wood taking third place on the grid. He retained this position in Race 1. In Race 2 he started in third position, but simply had no answer to the advantage that Charl Smalberger carried into the round and could not keep him at bay despite a valiant effort. He finished the race in fourth position.

“It’s a testament to Volkswagen Motorsport for building such strong cars all year and giving us the pace we’ve had to get such a great lead over our competitors. We do appreciate regulations to help level the playing field but even though we didn’t get a win this weekend it’s not going to stop us from pushing harder for the final three rounds of 2019 because we know we’ve got the package to be in front by the time the season finishes in October. The changes presented us with a challenge, but we’ll take this challenge in our stride. No doubt we as team will be working hard to come back stronger.”

Round 6 of the 2019 GTC2 championship will take place at the Border Motorsport Grand Prix Circuit on July 30-31.

Story by Reynard Gelderblom on behalf of Adrian Wood Racing