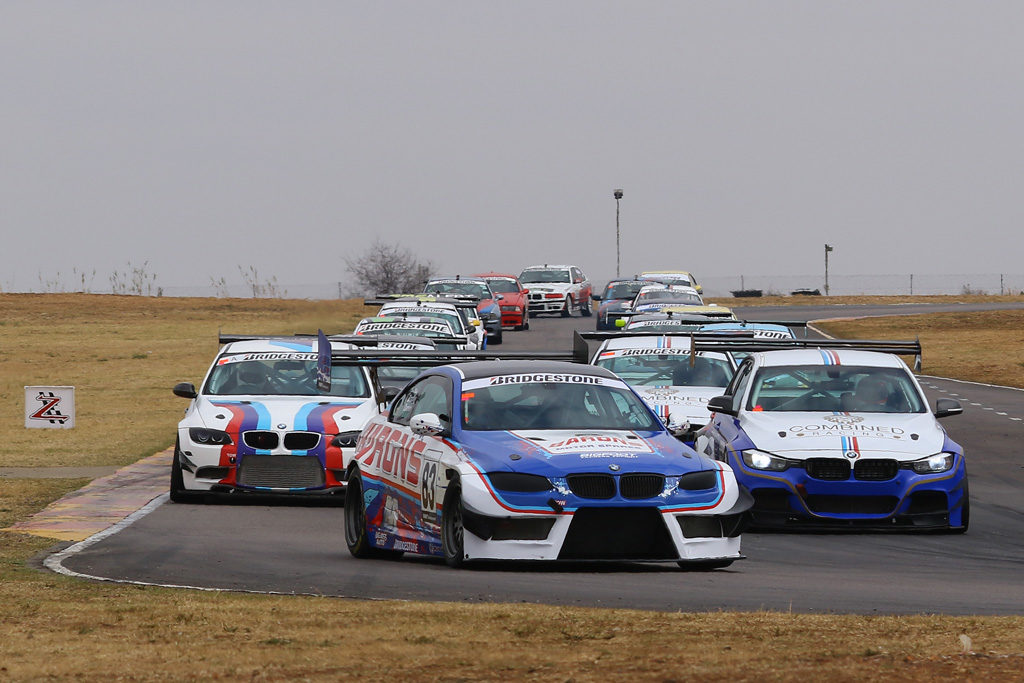 A chilly spring morning gradually warmed up with some top-class racing in a full and varied Inland and Historic Championship programme at Zwartkops on Saturday, September 7. This also saw the seventh round of the 2019 Bridgestone BMW Club Racing Series play out with a host of battles throughout the five classes.

In Race 1 Winterboer followed up his pole position with a commanding win. He was followed home by Rick Loureiro and Stef Martinelli. Class A favourite Paulo Loureiro dropped down the order after contact with another competitor.  Andreas Meier (The German BMW E36 STC Car) finished an excellent fourth with Gualtieri next up in fifth place. Johannes Eversteyn (Bavaria 0.0% BMW E46 M3) was a brilliant sixth scything his way through the field after not qualifying due to technical issues.

The inverted grid for Heat 2 saw Gualtieri leading the pack off the line followed by Rick Loureiro and Martinelli, but Winterboer had the bit between the teeth and soon enough took the lead. Gualtieri followed him home, with Martinelli third and Rick Loureiro fourth. His brother Paulo completed a wretched day with a retirement after eight of the ten laps with technical maladies.

The overall standings for the day saw Winterboer take the Class A honours while Meier took the Class B win, boosting his overall championship position still further. Class C went to Troy Cochran while Alan Hilligenn took the Class D honours and Carlos Gameiro did likewise in Class E.

Nek Makris took the coveted Driver of the Day award.

Round 8 of the championship will see the field making their third 2019 visit to the Red Star Raceway outside Delmas on Saturday, October 12.