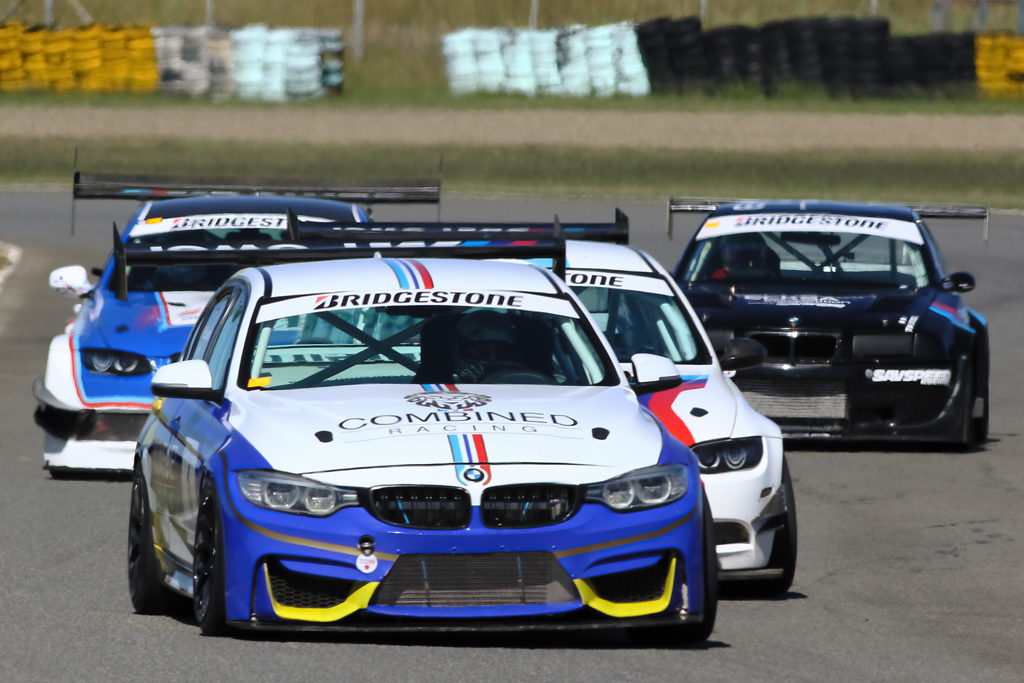 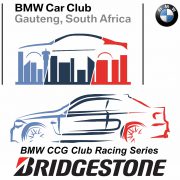 This coming weekend, Saturday 11 May, will see the popular Bridgestone BMW Club Racing Series make their first appearance at the Zwartkops Raceway as part of the second Bridgestone BMW Track and Race Day. Race Series aside, the day will also host the Bridgestone Time Trial Series championship while members of the public will have an opportunity to go for a fast lap in the Bridgestone Hot Lap vehicles driven by a professional driver for just R150.

The day will kick off around 08:00 with a first practice session for the race series cars and then several Time Trial sessions up until 10:50. The Bridgestone BMW Club Racing Series will go out for Qualifying for their first race to take place before lunch at 12:10. After lunch the Time Trial sessions will resume until the second race of the day at 15:10 the afternoon. Thereafter the track will be opened to all cars entered on the day for a 60-minute, light permitting, Open Session until close around 17:00.

While the Bridgestone Time Trial Series invites all makes of car and all levels of drivers to try their hand at the best possible lap time it is a requirement that drivers are holders of an MSA circuit license and vehicles are track worthy. The Time Trials are subdivided in three timed categories and a session lasts for 15 minutes. To take advantage of the Hot Laps it is required that passengers wear long pants and long sleeve shirts. Spectator entry is completely free for the day and people are welcome in the pits where they can meet the race drivers and sign up for the Hot Laps. Food and refreshments will also be on sale throughout the day. BMW Car Club Gauteng regalia will also be on sale.

As the season heats up a championship leader has emerged after the previous round in the form of Andreas Meier (BMW E36 SAT Car). He has become quite the talk of the racing community due to his consistent performance and racing the restored Deon Joubert SAT Car that was raced in the late 90’s. Nostalgia aside, and only four points behind him, is Nek Macris (BMW E46 328i Turbo) who has also showed great form this season so far. Another two points adrift is BMW Race Series veteran Alan Hilligenn (BMW E36 328i) rounding out the top three on the leader board. With six rounds to go and a multitude of points on offer, do not be surprised to see a change in these standings as the class championships are highly contested this year and Zwartkops often delivers an upset.

Heading up the Class A battle will be current class leader Paulo Loureiro (Combined Racing BMW F30 335i). After a somewhat disappointing debut of his new car at Phakisa, fellow teammate and brother Rick Loureiro (Combined Racing BMW F30 335i) will be eager to take the challenge to Paulo. Another debutant in a new car, Stefano Martinelli (Dalucon Insulated Panels BMW E90 335i) should not be overlooked after grabbing some valuable points at Phakisa. Bruce Turner (Promigen BMW E46 M3), after falling ill and missing the previous round, will want to open his championship aspirations on a high note and will he be out for maximum points. After a disappointing attempt at Phakisa Jorge Estrela (Jadecon Construction BMW E36 328i Turbo) will be hoping it is the end of all the mechanical bothers for the year.

Bagging maximum points for a third time in a row Andreas Meier (BMW E36 SAT Car) is expected to come out guns blazing to extend his lead in Class B over Jan Eversteyn (Bavaria 0.0% BMW E46 M3) his biggest rival so far this season. It would however be foolish to disregard the likes of Oz Biagioni (Bio Pool Maintenance BMW E46 M3) and Mike Grobler (BMW E39 M5) as they have proven in the past, they too can snatch a race win. Complicating matters for them will be Len-Henry Gobey (LESAVERT / G&H Transport BMW E86 Z4M).

With such evenly matched cars, the Class C races has become quite a dogfight for the podium. Currently leading the class, Nek Makris (BMW E46 328i Turbo) had it relatively easy before breaking out of Class D in the previous round. Even though he came away with a good result he realised he will have to work hard if he is going to hold onto his lead. He can expect an onslaught from previous round race winners Salvi Gualtieri (Eataly/Papa Mario’s/Savspeed BMW E36 328i) and Renier Smith (BMW E36 M3). Joining them in the fight for the podium positions should be Shane Grobler (Mayfair Gearbox BMW E36 330i), Shaun Lamprecht (Wildthings BMW E36 318is Turbo) and a returning Craig Ball (Rock Solid Industries BMW E36 M3). And then let us not forget about Neil Reynolds (Valve Hospital BMW E36 M3) and Jimmy Tsimenoglou (Big Boss Auto/SA Safe BMW E36 M3) that was also part of the thrilling seven car battle at Phakisa for the win.

The Class D grid will see the renowned “Brat Pack” class leader Alan Hilligenn  (BMW E36 328i) having to defend against the likes of Matthew Wadeley (P&G Digital BMW E36 M3), Klippies Krige (BMW E36 M3) and Troy Cochran (Arrow Automotive BMW E36 M3) also sporting a new car. Hot on their heels will be the Class E grid made up of the previous rounds’ Driver of the Day Bernard De Gouveia (De Gouveia Accountants BMW E36 328i) expected to lead the charge. His rivals will come in the form of Carlos Gameiro (Lapace Racing BMW E30 325i), Nicholas Van Zyl (Mike’s Auto Tune BMW E87 130i) and a welcome return for Rob Gearing (BMW E30 325is). This time round Rupert Giessing (Bridgestone BMW E46 325i Touring) will be taking over driving duties of the BMW Car Club Gauteng car. Another debutant for the 2019 season will be Shaun Dodd (CRS Auto BMW E90 330i).

Sporting such a great variety of super-fast racing machines on one day it is no wonder why the Bridgestone BMW Track and Race Day has become such a popular event to attend. Whether you there to watch the racing, or go for a Hot Lap, or just want to see some supercars in action, the entry price for spectators is easily the best bargain of all. That is because, spectator entry is completely FREE.